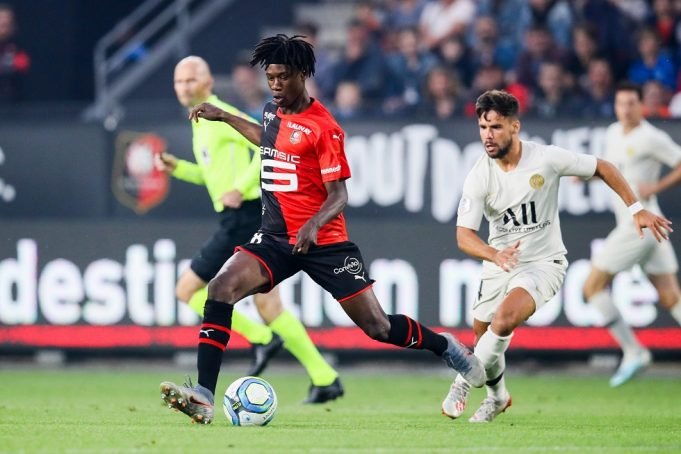 Plenty of sources had tipped the Galacticos to be Camavinga’s next destination.

The teenage sensation has gone from strength to strength in Ligue 1, becoming the youngest person to make his debut for France in over 100 years. His agent is Jonathan Barnett who also represents Gareth Bale. He does not share the best relationship with the Los Blancos hierarchy.

“So unfortunately we have to wait and see what happens. From my perspective, Real Madrid is a great club, a great club to play for. Eduardo will be able to choose between many teams if Rennes decides to let him leave.

“It is not just a matter of one club, there are many clubs. We have to sit down and talk to Rennes and other clubs. It is a decision for Rennes because there is a contract involved.

“We are the agents, not his father. Before he had another agent and his father was only present; he has done positive things. He is a very sensible man and I have a lot of respect for him.”

Real Madrid working on contract extension to tie Eder Militao to the club until...