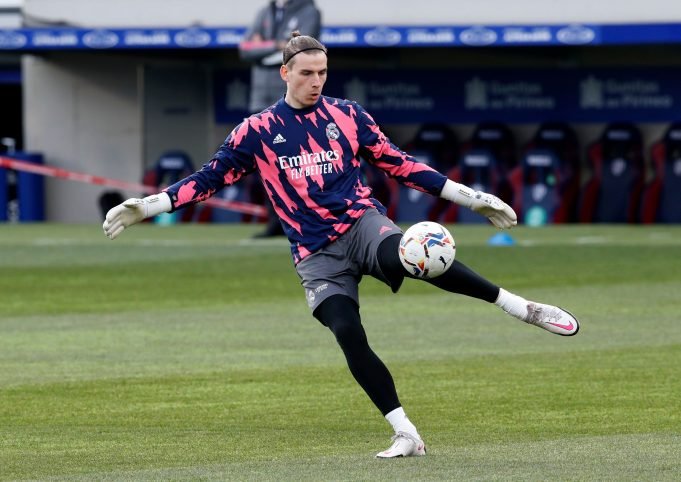 Andriy Lunin is happy to be picking up lessons from Thibaut Courtois at Real Madrid.

“I was so happy to join Madrid. It’s not every day that you get to join the best club in the world. Thousands of players would love to be here and it’s not everyone that gets the chance.

“That’s why I was happy but I was also a little wary. I had no doubts in my mind, that would have been something else. You know that you’re joining a club with world-class players. I didn’t need to give it much thought because the club’s name says it all”.

“The president arrived and I was very nervous. We spoke, had a look around and we then signed the contract. I was so nervous and didn’t feel very comfortable. It was the sort of unveiling you see for stars, the top players. It was impressive and unforgettable. I had prepared what I was going to say, I didn’t have any idea of Spanish.

“I wrote the text in Russian, but how the letters are written in Spain. My head was going to explode, it was fun and an important moment. I wanted to show my respect for the country and the club”.

“Courtois and I aren’t very alike in terms of our genetic make-up. Watching how he works every day can help me to see things that I can improve on and how to do so. I have to improve in absolutely everything”.

Sergio Ramos Can Return In Time For Chelsea Tie

James Rodriguez Has No Hope Of Real Madrid Future – ‘No One Wants Me...