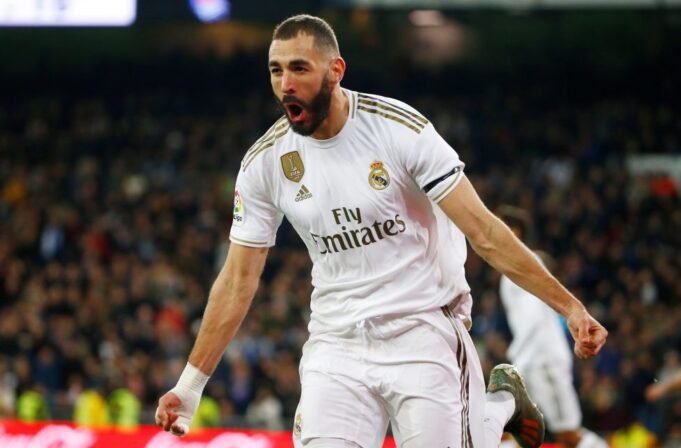 Benzema failed to offer a definitive answer on a contract extension.

Real Madrid striker Karim Benzema has finally spoken on his future in the Spanish capital. He left fans sweating about his future after a cryptic response to a question about a possible contract extension.

The reigning Ballon d’Or winner will see his contract expire in the final six months of his contract. The Frenchman remains one of the game’s premier strikers, rumours continue to rumble about a possible return to Lyon for Benzema.

Ahead of Sunday’s Supercopa final against Barcelona, the 35-year-old striker was asked whether he wants to stay with Los Blancos for another season, and while he stressed his love for the club, the Frenchman failed to offer a definitive answer either way.

“I’m here at Madrid,” he said. “I enjoy every training session, and as I always say, I enjoy it every year.

“I don’t know how long I’ll be here, but I enjoy every day in Madrid.

“I’m at Real Madrid, talking about a renewal is another matter. I enjoy it, like any player.”

The 2022/23 season has been tough for Benzema, who has struggled greatly with injuries and found himself caught up in further international controversy over his availability for the World Cup following a muscle problem.

Real Madrid manager Carlo Ancelotti admitted that Benzema is ‘back’.

“I have returned from my injury and it’s clear that I have done a good job of returning to my level,” Benzema added. “I have touched the ball, scored, assisted… It’s clear I’m back.”