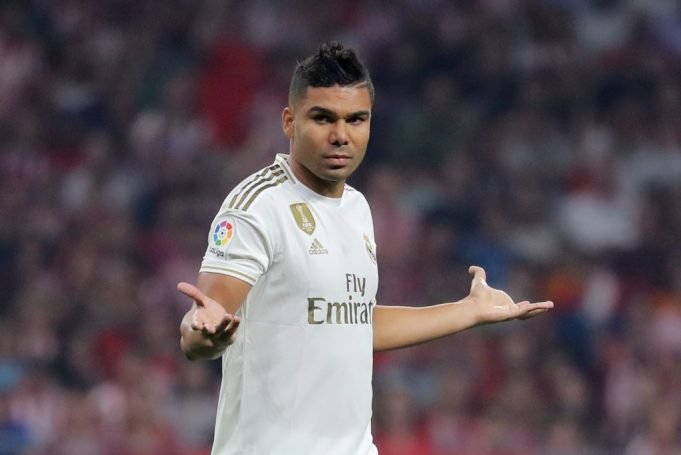 Busquets is likely to captain Barcelona in El Classico.

Barcelona midfielder Sergio Busquets was speaking to Movistar+ ahead of El Clasico which will be played on Sunday. The midfielder admired a player from the opposition.

Real Madrid are doing great this season with already having a 10-point lead at the top of the table. They recently secured a 3-0 win over Mallorca in La Liga following the Champions League victory over PSG.

Meanwhile, Barcelona are also playing decent football and moved into the top four of the table. They are scoring an average of three goals per game over their last six matches.

Busquets is likely to captain Barcelona in El Classico. He was asked about some of Madrid’s key performers. Starting with Karim Benzema, who Busquets indicated was a decisive factor this season.

He was full of praise for his opposite number, Casemiro.

“If he isn’t the best, then he is amongst the best.”

“You only have to watch his matches, or look at his track record or the job he does. It just so happens that in our position, central midfielders stand out less and people don’t notice them as much. In the end, you focus on the goals, dribbles and assists.”

“We have a less glamorous task, but it’s much more important to be at the centre of the whole team, to control everything. I admire him.”