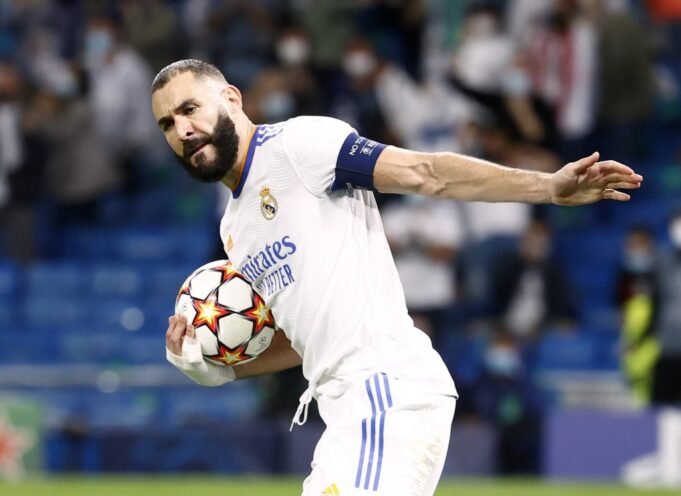 Benzema was included in the matchday squad but was withdrawn at the last minute.

Real Madrid boss Carlo Ancelotti has confirmed his plan to keep on resting Karim Benzema ahead of the World Cup next month. The Frenchman will be in action for the mega event in Qatar.

The France international clinched his first Ballon d’Or title in midweek but he suffered a muscle injury in training on his return to Madrid.

Real Madrid recently secured a 3-1 victory over Sevilla. He was included in the matchday squad but was withdrawn at the last minute.

Ancelotti will not risk his captain, as he looks to manage his game load ahead of the competition kick-off in November.

Benzema played a vital role last season to win the LaLiga title and Champions League title for Ancelotti. This season, injuries have disrupted him in recent weeks.

Despite netting five league goals, the veteran striker has only started seven of Real Madrid’s domestic fixtures, and Ancelotti is keeping the situation under review.

“Karim is very important to us and he will be more important in the second part of the season”, as per reports from Marca.

Ancelotti is almost certain not to risk Benzema away at RB Leipzig in midweek with Real Madrid already qualified for the last 16.

Following that, Ancelotti’s defending champions only have three league games left before the World Cup, and Benzema will play a reduced role.

Kylian Mbappe Further Away From Signing For Real Madrid