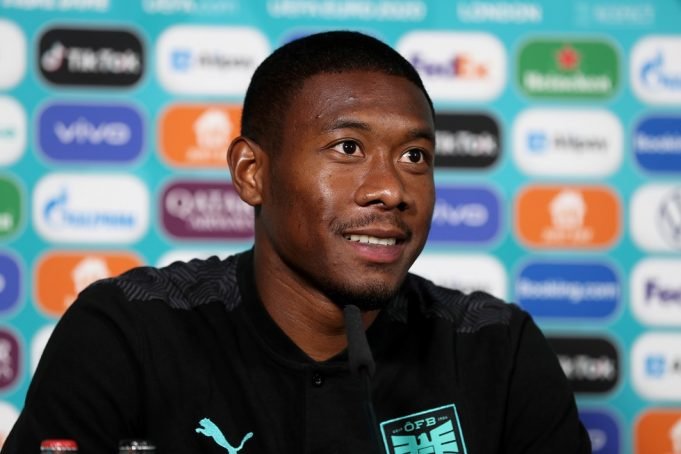 Carlo Ancelotti is pleased to be working with David Alaba again.

Real Madrid completed a free transfer of the Austrian defender from Bayern Munich this summer.

Alaba is capable of playing in varied positions in defence. Primarily a left-back, Alaba can even slot in at midfield and deliver creatively if required.

“We have worked a lot,” said Ancelotti. “The players have done very well.

“There is a lot of quality in the youngsters and a great commitment from the veterans. I really liked the commitment of Carvajal, Nacho, Marcelo, Lucas and Isco, players who have won everything and still have the desire, enthusiasm and hunger to have a great season as we would all like [to have].”

“Alaba is a complete player, with a lot of quality and tactically intelligent in defence,” added Ancelotti.

“I put him at centre-back in the last games [at Bayern Munich], [but] sometimes he plays in midfield for Austria [and] he can also play on the left [side of defence]. He is a complete player who is going to do very well this season.”

Fans will be hoping to see silverware once again under Ancelotti at Real Madrid. So far, the Galacticos have only added Alaba and bid farewell to Sergio Ramos.