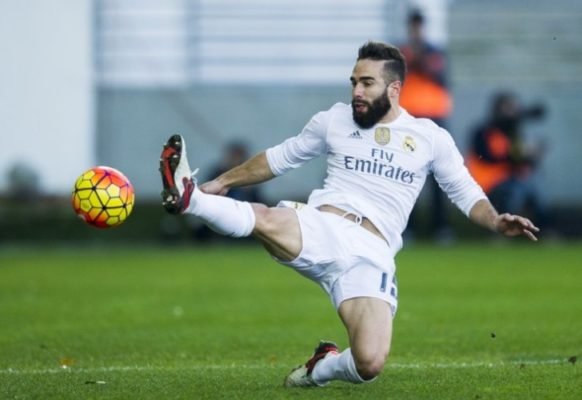 Zinedine Zidane is willing to begin contract talks with Dani Carvajal, as per reports.

The Real Madrid academy product remains an important part of the squad since his introduction in 2013.

Carvajal returned from his loan spell at Bayer Leverkusen to snag a starting berth under Carlo Ancelotti. He is still an important part of the team and closing in on his contract with Real.

The 28-year-old is currently sidelined with an injury but he is expected to be back for the 2020/21 season. His deal is set to expire in 2022. Zidane obviously would like to secure his future further than that. Lucas Vazquez has done adequately in his absence but Carvajal is the starting right-back.

According to Marca, Real Madrid have begun negotiations with the Spaniard’s representatives. A four-year contract is in being thrown into the works which will see Carvajal receive a significant pay hike.

Alvaro Odriozola has also face injury issues of his own but is well below the pecking order under Zidane. Real is also looking at extending the contract of Sergio Ramos who has demanded a two-year deal.

The Galacticos are holding strong on their policy of handing any player over thirty a one-year deal. Ramos, at 34, remains the most dominant figure in their backline and the team captain.

What will happen with Real Madrid and Zinedine Zidane?