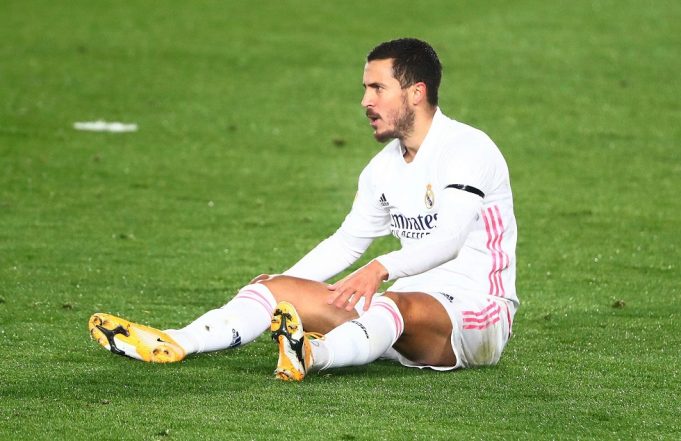 Eden Hazard’s injury woes continue to plague his career even in the Euros.

Belgium head coach, Roberto Martinez is not too optimistic about Hazard’s chances of starring in the tournament.

The Galactico winger spent the better part of the 2020/21 season on the sidelines. He did see out the campaign but there is a big question mark regarding his match fitness.

“The target for Eden is for him to be on the pitch,” Martinez told the press conference after the game.

“It was almost a psychological step. The minutes didn’t matter. Now he will have to get more minutes. The next step will be in training. He has to take that step forward without risk, in a safe way.

“It is difficult to say when he will be ready, I think it depends on many things. What matters is that he is medically well now. I want see Eden Hazard happy, with a smile on his face, and making the difference.”

Hazard is one of Belgium’s leading creative forces. Both him and Kevin De Bruyne are expected to lead The Red Devils through a promising European campaign this summer. Hazard’s only appearance leading up to the tournament has been the 10 minutes he played against Croatia.

Real Madrid may not sign Eduardo Camavinga in the summer