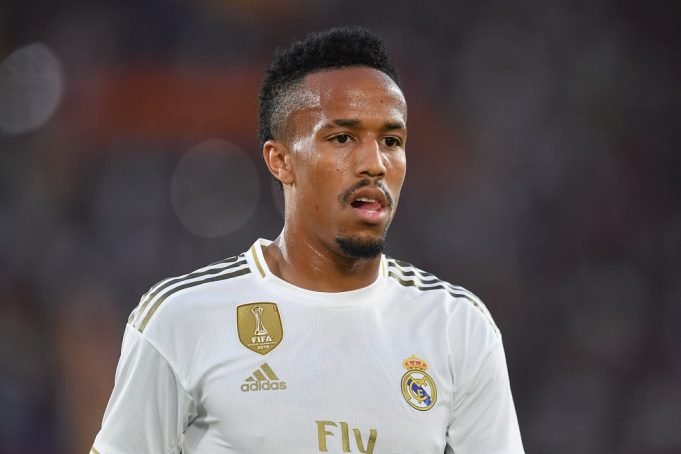 Eder Miliato wants to play for Real Madrid for his entire professional career.

After a rough start to life at the Bernabeu, Militao seems to have settled in well under Zinedine Zidane. He has well to deputise in Sergio Ramos’ position while the Spaniard recovered from a knee injury.

Militao said, “I hope to spend the rest of my career here. It also depends on me and working hard every day and looking after myself to make sure that everything works out. It would be incredible to win the Champions League, it’d be a dream come true for everyone. I hope to win the competition more than once.

I always have to think positive thoughts. I believe that I can be a success here and put a lot of smiles on the faces’ fans. I want to win many trophies and make history at Real Madrid. That’s my dream.”

“I began playing football a little bit late, but I played for the club where my dad worked. When I told him that I wanted to play, he was surprised. The children asked my dad if I was any good and he said that he didn’t know. I was the last player to be picked, but when the game started everyone was gobsmacked. It was from the moment that I had a desire to play. I learned a lot and matured and I continue to learn every single day.”

“When I signed for Real Madrid everything happened so fast. In the space of less than a year, I was in Madrid and living out a dream. I’m playing alongside some great players, all of whom are my heroes. It makes me really happy to be at the greatest club in the world.”

“My first season was a learning curve for me because it was a new league for me. I think that I put in some good performances and it was a learning journey. I won a trophy for Real Madrid in a penalty shootout and was a bit nervous, but it was a great feeling of joy and pride when we won it.”