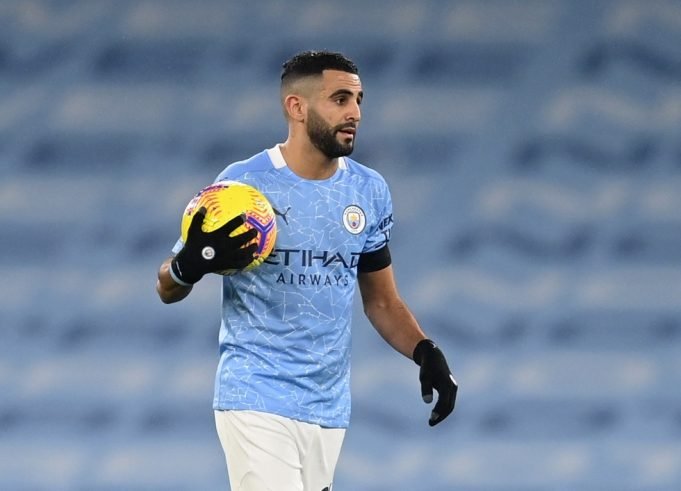 According to Foot Mercato, Real Madrid are plotting a summer move for the Algerian who has grown frustrated in England.

After his £60m switch from Leicester City, Mahrez has dropped in and out of the starting line up. Guardiola, who is never at a shortage of world-class talents, is forced to rotate his players around often to keep everyone happy.

Mahrez has come to a point where he wants more regular playing time. He has a contract with City until June 2023. Guardiola definitely rates him highly but often switches him out with Ferran Torres, Phil Foden or Bernardo Silva on the right flank.

Zinedine Zidane is a big fan of the Algerian. With no distinct threat coming down his right wing, the Real Madrid boss would like to acquire the services of Mahrez this summer. The 30-year-old is technically one of the best players in the Premier League. He adds a consistent attacking threat to his side with that lethal left foot of his.

Manchester City let go of Leroy Sane last summer and are not willing to let go another one of their better wingers. Real will have to put in a convincing bid.