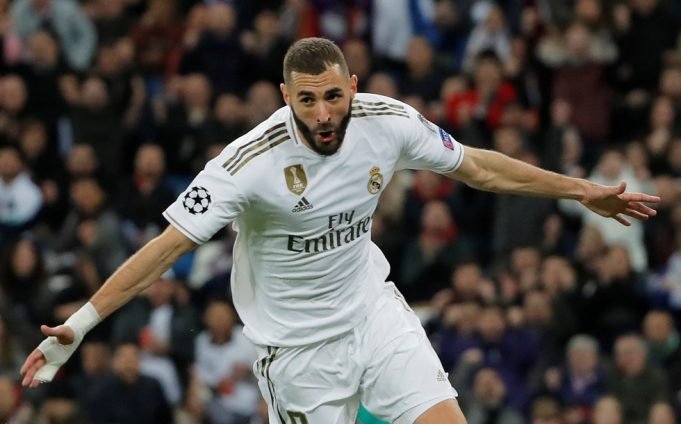 Zinedine Zidane has just hailed Karim Benzema as the greatest French striker of all time.

Clearly, the 3-1 win over Athletic Bilbao put the manager in his good graces as Benzema drilled in a brace to help his side to a win.

When asked if Benzema was the great French forward of all time, Zidane declared, “As far as I’m concerned, yes, he is. He’s showing it with all he’s achieving. He’s been at Real Madrid for a long time, he’s played over 500 games, the goals… Really, the trophies he’s won speak for themselves. He’s demonstrating his quality, for me, he’s the best there is, no doubt about it.

“Things take time, he’s a more complete player now but he’s always shown he’s not just a number 9 who thinks only about scoring goals. That’s why I love him because he’s not got a one-track mind. If he has to pass to a teammate, he does so, that’s what I like about him.

“He’s got both sides to his game. Tonight, for instance, it wasn’t a fantastic display from him, but then he got two goals and that’s what Karim can do.”

Real Madrid levelled themselves on points with leaders Real Sociedad but second-placed Atletico Madrid still have a two-game advantage. On their performance, Zidane was delighted with the character shown.

He said, “Yes. We were up against it and we had to dig in. You can’t get through a game in this league without doing so. It’s our fourth consecutive game, we’ve played brilliantly in the last three from the first minute to the last and today we struggled a bit more but we have to be pleased with the result.

“The key thing was to get the points, even if we weren’t quite as emphatic but ultimately, it’s important to pick up points when you don’t play well.”

Luka Modric opens up on his relationship with Sergio Ramos