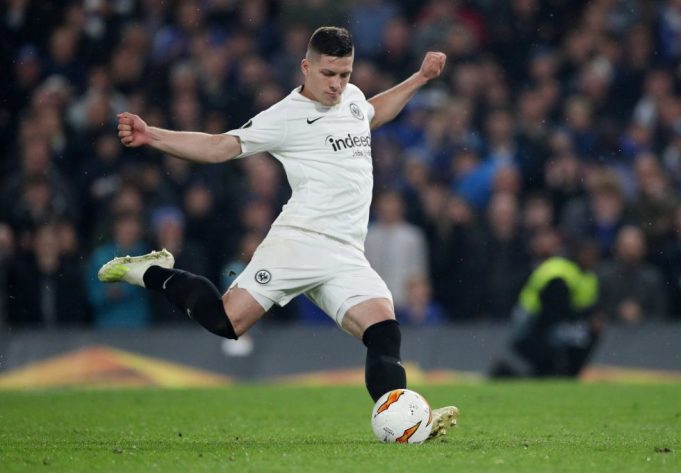 Luka Jovic is enjoying his time away from Real Madrid.

The Serbian forward turned out to be a flop signing for Los Blancos for around €63m.

Zinedine Zidane could not integrate him into his squad and Jovic did very little to convince him. Back at Eintracht Frankfurt, he has already crossed his Madrid goal tally with 3 goals in 3 Bundesliga goals.

“I think it had to do with the little time I was able to play,” Jovic said. “It’s never easy at a team like Real Madrid, where the style is different and the pressure is always very high. That’s why it was the best thing to take the step of leaving to come back here.”

“I was unlucky. Injuries took their toll on me and I didn’t do well in my private life either,” he noted. I was lucky to have been able to train with the best players in the world on a daily basis. I’ve gained experience and I consider myself a better player now. Despite the fact that I wasn’t able to have continuity on the pitch, I take a lot of positive things from Madrid.”

“I am very happy to be back. I’m very comfortable and it’s showing on the pitch,” Jovic explained. “I scored two goals during my time at Real Madrid and I’ve scored three here already. The city, the club and above all the team are made for me.”

When asked about the differences between Zinedine Zidane and Adi Hutter, Jovic spoke highly of both. I don’t want to go into details, they’re both coaches, the one at Madrid and the one here, they’re phenomenal,” he stated.

“Zidane is also very good on a personal level, but it’s easier for me to communicate with Adi in English, as I’m not fluent enough in Spanish to be able to converse with Zidane. This kind of thing makes it easier for me.”

The plan is for the striker to return to the Estadio Santiago Bernabeu in the summer, although he doesn’t want to look that far ahead.

“I don’t want to look to the future,” Jovic commented. “I’m focused on Eintracht and on being back at 100 percent to play 90 minutes. I don’t have to prove anything to anyone. I know I’m a good player and whoever sees me will know how to appreciate that.”