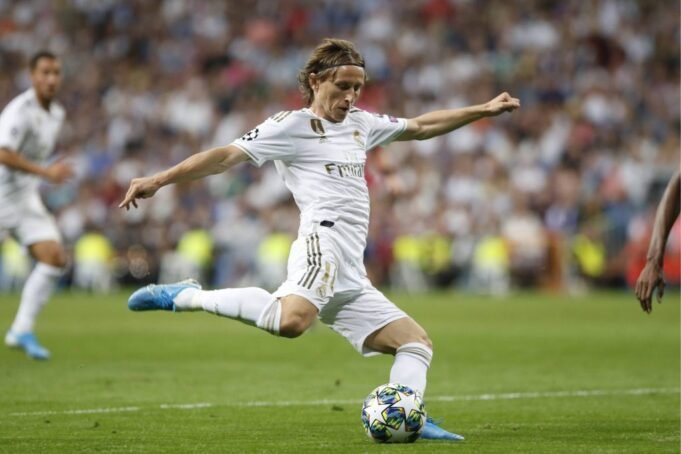 Luka Modric enters into the final six months of his contract in the Spanish capital.

Real Madrid legend Luka Modric has dropped a major hint on his plans to stay at Real Madrid. His contract with Los Blancos will expire at the end of this season.

Modric has played a crucial role at the 2022 World Cup, captaining Croatia into the last four in Qatar, and potentially to a second successive final, if they can get past Argentina.

The 37-year-old will return to Madrid at the start of 2023 as he enters into the final six months of his contract in the Spanish capital.

Modric has opted to sign one-year extensions in the recent seasons, as part of the club’s policy on players aged 30+, and he will begin negotiations as soon as possible.

The club are keen to retain Modric, as he remains vital to the Los Blancos cause, and he reassured fans over his intentions in 2023.

“For now, I’m at the World Cup and very focused on Croatia”, as per reports from Diario AS.

“What happens next, let’s see, there’s enough time to talk about everything.

“Of course I want to retire in Madrid, I’ve said that many times.

Modric’s Croatia will take on Lionel Messi’s Argentina in the first semi final game, on December 13, at the Lusail Iconic Stadium.