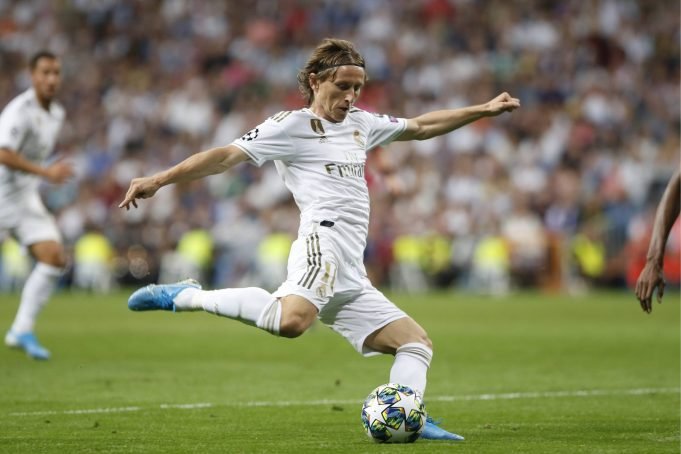 Luka Modric has reportedly agreed to extend his stay with Real Madrid.

Reputed journalist, Fabrizio Romano has claimed that a deal is close to being signed off between both parties.

Modric is currently in the final year of his contract and free to talk to clubs from January 1st. However, the Croatian has revealed that he is happy in Spain, smashing Tottenham’s hopes of signing him back.

Jose Mourinho had hoped to lure the 35-year-old back to North London just like he did with Gareth Bale. Spurs have improved massively this season and fans would have liked one of their former stars back helping out.

There are ‘positive feelings’ about the contract extension of Luka Modric with Real Madrid, yes. The club is planning with the Croatian as part of the team.
But the new agreement has not been signed yet. ⚪️?? #RealMadrid

Zinedine Zidane continues to play Modric regularly and the midfield proves every game week that age is just a number. He is still as nimble-footed as ever, making an impact for Real in a major way.

Nobody else in the current Galactico side can do what he does and that is clearly evident from the turn of events. If Modric continues to play like this, he could go on to play for a few more years, maybe even beyond 2022 for Real.

I Am To Blame – Zinedine Zidane After 4-1 Valencia Defeat