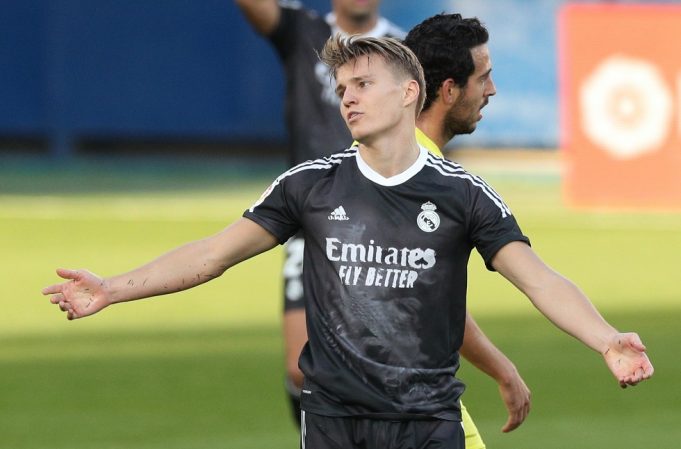 Martin Odegaard has received praise for choosing to sign for Arsenal.

Real Madrid were made aware of his intention to leave this month following a dry spell under Zinedine Zidane.

Odegaard’s playing time has dramatically reduced this season and the 22-year-old wants more regular action elsewhere. Plenty of clubs came calling for him but Arsenal reportedly made the best offer, trumping Real Sociedad.

If Odegaard had decided to move back to Sociedad, it would have been a much safer option. He enjoyed his best season with the White and Blues last term. A move to Arsenal is much more challenging, given the demands of the Premier League. All reports claim that a loan deal has been agreed upon for the rest of the season.

Norway football manager, Stale Solbakken told Norwegian outlet VG, “First of all if it happens I think it shows that Martin has an extremely high confidence in himself, considering he is going into a new league and a team that, although they have improved a lot lately, had some good wins and climbed the table…

“But it is a great team with great traditions that has underperformed for a while now, they are rebuilding. I think they have a very good manager. I like Arteta and the way he tries to set up the team.

“But he is not coming to a club that is a self-propelled machine in any kind of way. He is coming to another culture, another country, a different tempo. It shows that the boy has great belief in what he is doing. That makes me happy.

“I think the way Arsenal play can fit him very well. They play different formations and a kind of football that should suit him.

“He can also play in different roles in the midfield depending on which formation Arteta chooses. He will also get runs in front of him so that he can make assists and be a good team player.”

Florentino Perez fires warning to all English clubs over ESL