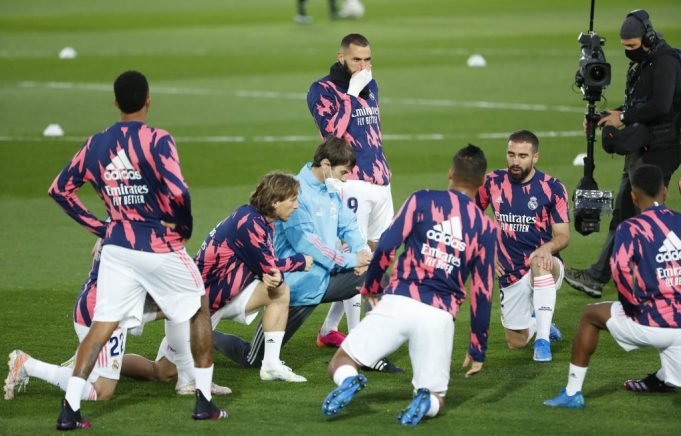 The Galacticos managed to win over Athletic Bilbao to give themselves a punchers chance for the Spanish crown.

Atletico Madrid are still two points ahead with a game against Valladolid lined up. Barcelona are out of the running after their 2-1 defeat to Celta Vigo.

Odriozola said, “We’ve focused on ourselves, it was a very good performance from start to finish and we deserved the win. We are Real Madrid and we’re going to fight until the end.

“The coach has always told us that we’re doing things right, maybe we were a little off it in the final third, but we managed to get the winning goal. We’ve done our job and there’s still a game left to play.”

He added: “I’m really proud of all of the players in the squad. The word that sums up this season is resilience, we’re holding on in there, we’re going to fight until the end and hope that we get our reward.

“It’s a cup final, everything’s to play for, but this crest teaches you to find right until the very end and that’s what we’ll do.”

Zidane confident of turning things around