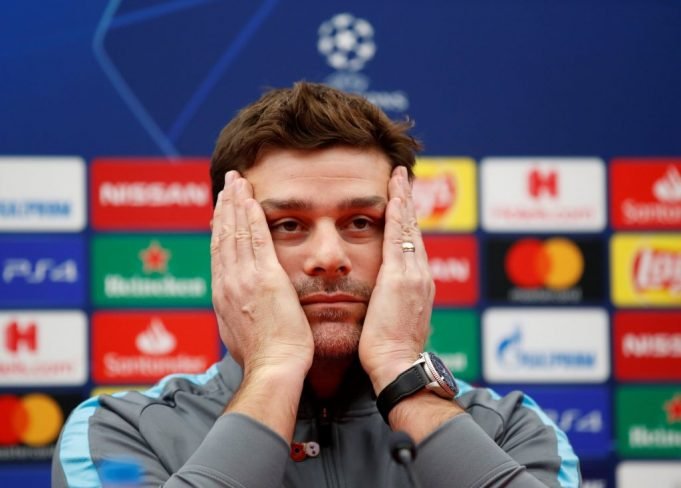 Paris Saint-Germain manager Mauricio Pochettino admits Real Madrid’s first goal should not have counted. The PSG boss was left disgusted with the refereeing performance after the Champions League fixture.

The Argentine manager saw another PSG collapse in Europe’s premier competition at the hands of Real Madrid. Pochettino couldn’t believe that Madrid’s opening goal was allowed to stand.

Pochettino and PSG bench admitted that Benzema used unfair force and that VAR should have ruled the goal out.

“It is a foul by Benzema on Donnarumma that was not called. In that moment we became incredibly flustered and that sense of injustice played a dirty trick on us. Those fifteen minutes we didn’t know how to manage out emotions.”

“I can’t explain it. I think we were superior but we didn’t manage to make that count.”

The PSG head also talked about his future and he remained diplomatic.

“We need to remain calm at this point. What needs to happen, will happen. We competed to win and now we have to recover from such a tough blow.”

The owner of PSG, Nasser Al-Khelaifi, was seen rampaging through the Santiago Bernabeu to take these complaints up with the referee himself after the match.