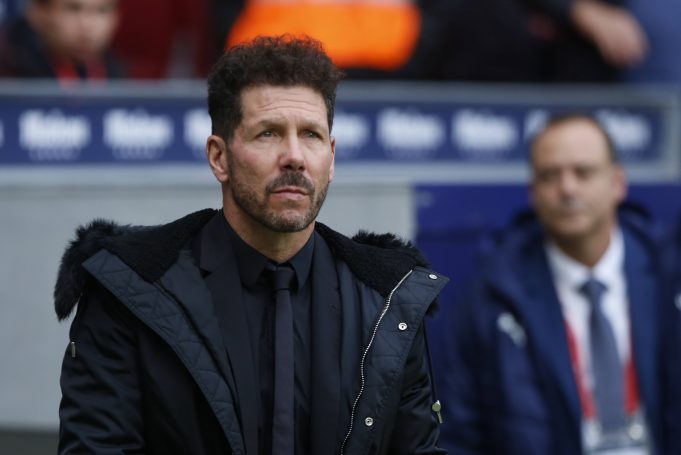 Real will be facing their rivals in the Madrid derby but in many years, as not the favourite to win.

Simeone’s men are currently atop the La Liga table with a one point gap over Real Sociedad and two games in hand. Real, on the other hand, are six points behind Atletico and Barcelona are all the way down to ninth.

Atletico definitely picked up more confidence after going through to the Champions League knockout stages. They beat Red Bull Salzburg 2-0 on Wednesday as Mario Hermoso and Yannick Carrasco scored for Los Colchoneros.

“I don’t consider it to be the end [of the title race] with so many matchdays to go,” Simeone said after the Salzburg victory.

“Madrid are an excellent team. They know their footballers like no other, they always generate a change when faced with the pressure of any game and they compete.

“I admire them, they are footballers and a coach who compete every year. It’s not easy.”

Zinedine Zidane is having a difficult time getting his team firing without any signings in the summer. The Galacticos squeezed through to the Champions League round of 16s very narrowly after beating Monchengladbach 2-0.