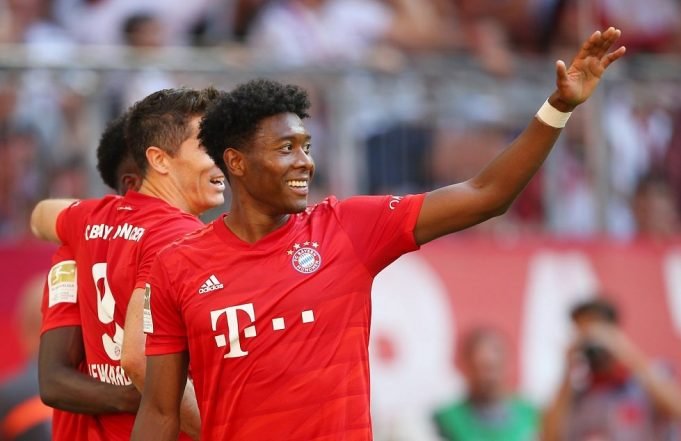 David Alaba is reportedly just waiting to announce his move to Real Madrid.

According to Marca, Galactico fans can hope for good news this summer.

The Austrian might be a Bayern Munich player but he is due to head over to Madrid after this season. Announcing his new move won’t be beneficial to his current outfit, who he has been loyal to for over a decade. Alaba is still committed to fulfilling his responsibilities to The Bavarians.

The report suggests a deal has already been agreed and signed by both parties. Zinedine Zidane has been hoping to reinforce the left-back and centre-back posts and he effectively will get both in Alaba. The 29-year-old has excelled in both positions, recently being converted to a central presence to better accommodate Alphonso Davies on the left.

Alaba is so technically adept, he can fill in at midfield as well. He plays a deep-lying role for his country and could do the same when required. Real Madrid love to announce their marquee signings with some glitz and celebration at the Santiago Bernabeu.

It is likely that Alaba’s arrival will come with a massive announcement. Marca also claims that further additions can also be expected following a season of no new signings.