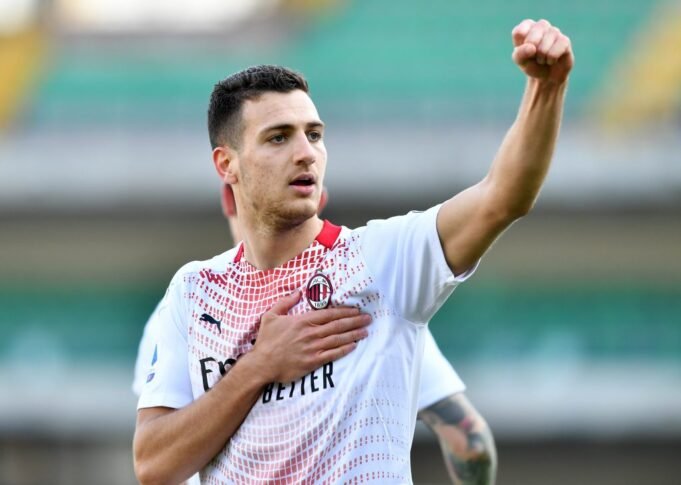 Manchester United may be reluctant to let Diogo Dalot go in January.

The Laliga giants have been linked with the 23-year-old, and Jones thinks there is something in the speculation.

According to the Daily Mirror, Dalot has emerged as a target for the Los Blancos.

The outlet reports that Real Madrid have turned to the Portuguese full-back after being told that his compatriot, Manchester City’s Joao Cancelo, is not for sale.

Dalot’s contract will end after this season so that would be the easier deal. If Real Madrid wants to sign him before then, though, they could run into a problem.

Back in June, the reliable Fabrizio Romano told GIVEMESPORT that United manager Erik ten Hag “really likes” the player, so the Red Devils may be reluctant to let him go in January.

Speaking to GMS, Jones said: “The links to Real Madrid keep popping up, so I’m sure that there is some firm interest there. But you have to consider how difficult it is to succeed at Madrid.

“You’re putting yourself back in a situation where you’re not necessarily going to always be in that team, so there’s a lot to think about for Dalot when it comes to the end of this season.”

Should Dalot join Carlo Ancelotti’s side if the opportunity arises?
It depends. Real Madrid are arguably the biggest club in the world and continue to challenge for the most prestigious honours in football. It is hard for any player to turn them down.

If Dalot is guaranteed minutes, then it is probably a no-brainer. If not, however, then he is much better off staying at Old Trafford.

The Portugal international is finally getting regular starts there, with Ten Hag relying on him heavily in the Premier League this season. Does he really want to throw that away for Real Madrid’s bench?

With less than 12 months remaining on his contract, Dalot, who joined United for £19m (via BBC Sport) from Porto over four years ago, certainly has a big decision to make.

Declan Rice has been advised to join Real Madrid