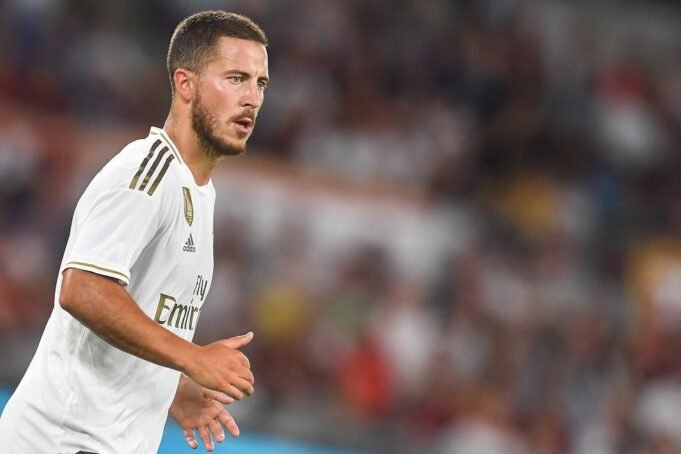 Hazard will soon enter the final 18 months of his contract at Los Blancos.

The 31-year-old remained with the Spanish giants over the summer despite being linked with an exit, but he has again found it difficult to make his mark for Carlo Ancelotti’s side this season.

Hazard has only scored one goal and one assist in six appearances in all competitions, while he has only played 98 minutes of La Liga football this season.

The Belgium international has appeared in Real Madrid’s last two Champions League matches against Shakhtar Donetsk and RB Leipzig, but he has not played a single minute of La Liga since September 11.

Hazard will soon enter the final 18 months of his contract at Los Blancos, and there has again been speculation surrounding his future over the last few weeks.

According to TodoFichajes, Real Madrid are keen to offload Hazard in January, with a loan move a possibility if they are unable to find a buyer for the attacker in the middle of the campaign.

The report adds that the Magpies are keeping a close eye on the situation, with the club now boasting the financial power to compete for high-profile names following their takeover.

Hazard represented the Los Blancos between 2012 and 2019, scoring 110 goals and providing 92 assists in 352 appearances in all competitions.

The Belgian has found it difficult to show his best form for Real Madrid, though, managing just seven goals and 11 assists in 72 appearances for the Spanish and European champions.

Federico Valverde, Rodrygo and Marco Asensio are all ahead of Hazard when it comes to a starting role on the right of a front three, while Rodrygo has largely operated as a centre-forward in the absence of Karim Benzema.

Benzema – Happy with our 3 points

Eden Hazard Fears His Euro 2020 Campaign Is Over