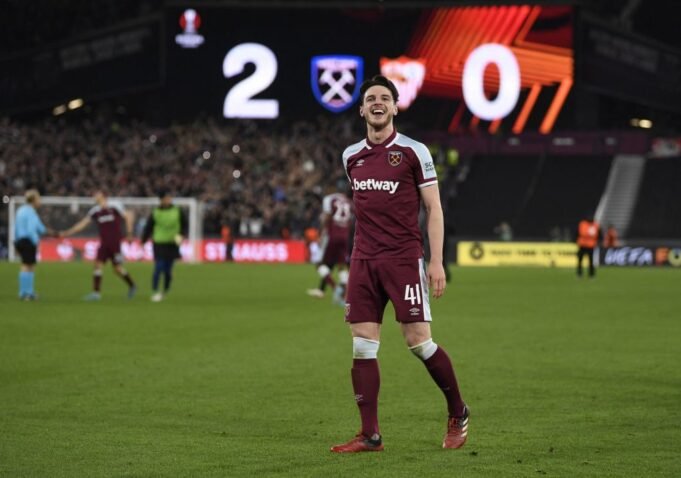 Declan Rice’s contract at the London Stadium will end after the current season.

According to a fresh report from Defensa Central, Real Madrid have set their sights on West Ham United midfielder Declan Rice. Los Blancos are eyeing a move to land the Englishman in 2023.

West Ham star had a difficult season in Premier League and struggled to help the Hammers be consistent in the Premier League. The 23-year-old midfielder has scored one goal and provided a couple of assists in 26 matches.

The England international is accurate in distributing possession from midfield. He can anchor the midfield for Real Madrid. Some top English clubs are also interested in Declan Rice.

His current contract at the London Stadium will end after the current season. Real Madrid will have a good chance of recruiting him on the cheap next summer.

Currently, Rice is enjoying his time in Qatar while representing England in the 2022 FIFA World Cup. We can expect him to inject a lot of bite and steel into Real Madrid‘s midfield department if Carlo Ancelotti can devise a way to get him on board next year.

Vinicius Junior Claims Own As His In Important Sevilla Win