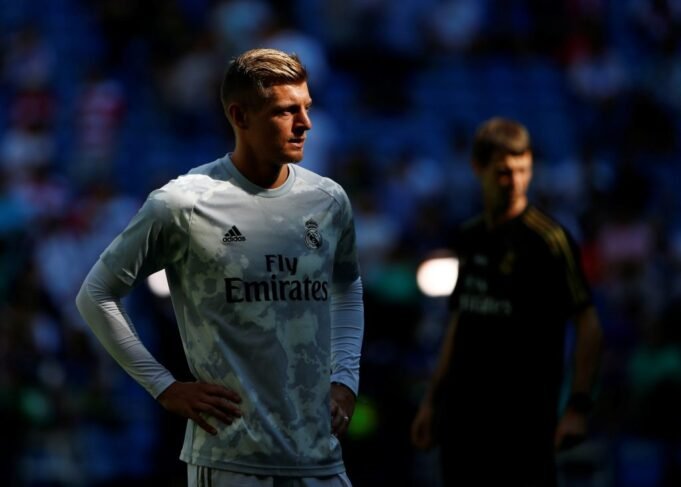 Toni Kroos has not shown any urgency to sign a new deal.

Real Madrid are planning to add some contract renewals before the January transfer window. One such star whose current deal runs out at the end of the season is Toni Kroos.

The 32-year-old’s contract will expire in 2023 and so far talks over an extension have not progressed as per plans for the club.

As per the reports of SPORT, Real Madrid expects Kroos to accept the contract offer that they have tabled for him.

The club is sure that the former German international stays at the Santiago Bernabeu beyond the ongoing season.

With Luka Modric now 37 and Aurelien Tchouameni still getting used to the demands of playing for the Merengues, it is important for the club to retain Kroos.

The 32-year-old has not shown any urgency to sign a new deal. But, he has maintained that he intends for Real Madrid to be his last club, meaning he could either decide to retire or pen an extension.

The veteran superstar has played in 18 of Madrid’s 21 matches across all competitions, scoring one goal and setting up four more.

Real Madrid plans to recruit both Mbappe and Haaland next summer