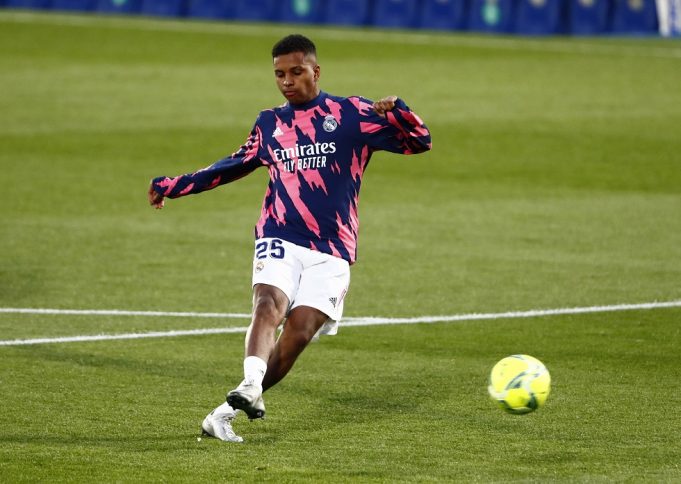 Rodrygo Goes got on the scorecards as The Galacticos now trail Atletico Madrid by just two points.

Rodrigo said, “I’m really pleased because this is a hugely important win for the team. For my goal, Marvin won the ball back out wide and I was alert, I followed the move and then shot at goal.

“Since the start of the season, the coach has asked us to go out full throttle from the off to try and win the game early. That’s how we started today and then we were able to manage the result.

“It’s really important to be surrounded by players who have lots of experience. It fills us with confidence. These players’ experience combines with our youth and gives more to the team.”

Rodrygo has had to scrape for minutes this season but his latest performances tilt the scales in his favour. Zinedine Zidane might actually rely on him more to see out the season in the remaining two games.

On the title race, Rodrygo added: “It was the same last year. We were fighting for the title until the final day and this year won’t be any different. We can win LaLiga.”

Gareth Bale Is Nearing The End Of His Career – Agent