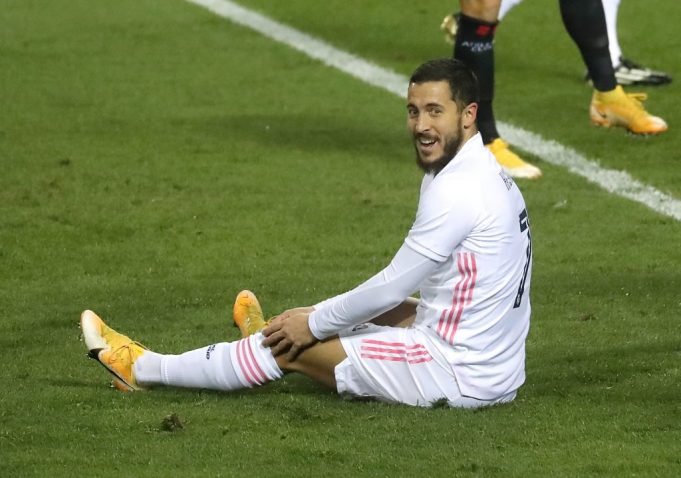 Recent reports have claimed that the Belgian was on his way out of Bernabeu after two poor seasons.

“I’m 100 percent sure that he’ll stay, he doesn’t want to leave,” the goalkeeper said in an interview with Le Soir and Sudpresse.

“Only the Madrid press write about a desire to leave. He wants to carry on, play injury free and win titles.

“At Real Madrid, there are always criticisms all the time and for everyone. Gareth Bale was criticised, but he won the Champions League and scored a brace in the final in Kiev. In Lisbon, he scored against me in the final too.

“We all know that in Madrid there is pressure and criticism from the press and the fans, but Eden can handle that. I know him well enough to be able to say it, he can still change everything.

“It’s been a shame to see him with problems, I’ve known him for a long time and we’ve talked a lot about imagining playing together for Real Madrid.

“He still wants to be an important player for Real Madrid and win titles, this season he’s worked a lot in the gym and he’s in good shape.

“Physically, he’s stronger than ever, in training he looks very good, like before with the national team or at Chelsea.

“If he can play a bit against Croatia and be important at the Euros, it would be great for the national team, but also for him and Real Madrid next season.”