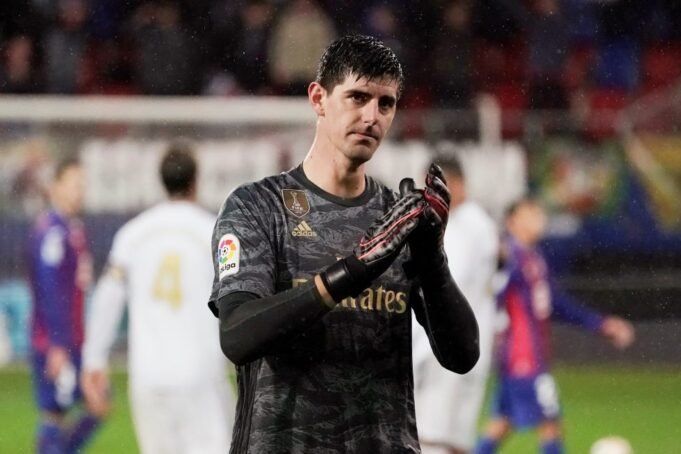 Courtois put in a stellar display in the final to ensure Real Madrid lifted the trophy last season.

Real Madrid’s Thibaut Courtois believes he was just as important to them winning the Champions League last season as his outfield colleagues.

The former Chelsea man recently lifted the 2022 Yashin Trophy and placed seventh overall in the Ballon d’Or rankings as his teammate Karim Benzema won the award for the first time.

However, the Belgian has been critical of the lack of recognition he has received for his form in recent times and believes the importance of goalkeepers continues to be overlooked.

Speaking to L’Equipe, Courtois delivered an honest assessment: “Last year, if we won the Champions League it wasn’t just thanks to Vinicius, Valverde, Benzema or Rodrygo. It was also thanks to Courtois.”

“Today you are almost a playmaker, goalkeepers are much more important than you think.”

The 30-year-old kept five clean sheets in 13 Champions League appearances last term and put in a stellar display in the final to ensure Real lifted the trophy.

“Without a good goalkeeper you don’t win a trophy. And in football awards, sometimes we forget that,” he stated, further discussing the scrutiny goalkeepers are subjected to: “It is often written in big letters (in the newspapers) when it is a goalkeeper who makes a mistake. As soon as he makes a small mistake, they kill him and say the game was lost because of him.

“They don’t remember that the striker may have missed five or six easy chances before it.”