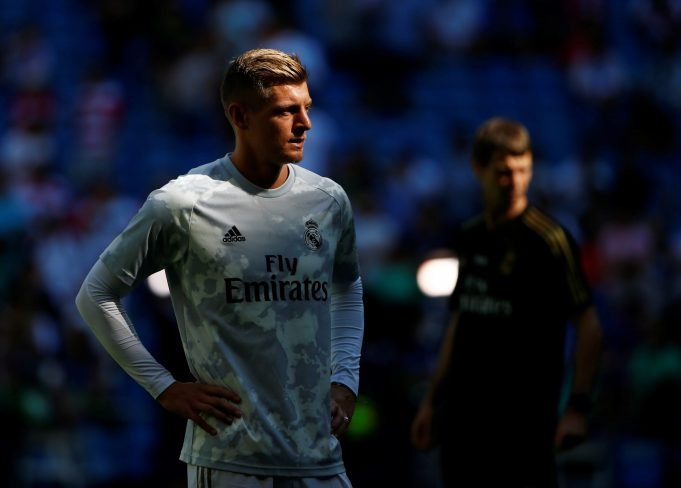 Toni Kroos was involved in an online spat with Pierre-Emerick Aubameyang and Mesut Ozil this past week.

He had termed masked celebrations on the pitch to be nonsensical which did not go down well with the Arsenal duo.

Aubameyang responded by saying, “By the way – does this Toni Kroos have kids?”

He went on to justify his celebrations as wishes by his kids. Kroos, who is also a father to three children reminded the striker of that. Meanwhile, Mesut Ozil voiced his support for his teammate and not his compatriot with a cryptic post of his own.

Ozil posted a video of Aubameyang wearing the mask and captioning it, “The best goal celebration!”

Ozil and Kroos don’t have the best relation despite winning a World Cup together. Kroos felt the need to end this public feud altogether.

He said, “I’m not surprised by anyone anymore. I found it very amusing, but in the meantime I’ve put it behind me.”

It was a bit surprising to see that he singled out Aubameyang in his statements but never mentioned Marco Reus who also took part in celebrations back in Dortmund. The German’s opinion has clearly not gone down well with fans who enjoy the goalscorer’s persona on the pitch.

Carlo Ancelotti claims Celtic as the toughest opponent in group-stage