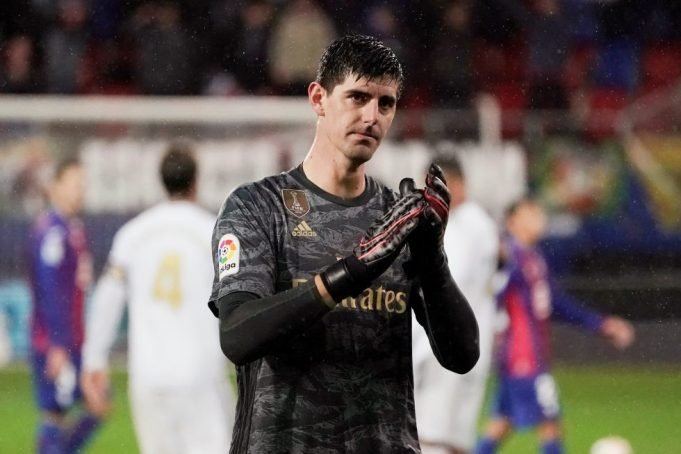 Real Madrid have a lot of tall players in their squad. So which are the tallest Real Madrid players of all time?

Height is an important factor in football. Teams usually prefer tall centre-backs and goalkeepers in order to stop the opposing team from scoring. While strikers heights are becoming a more popular factor too as many teams look to have a target man to play off in the attack.

Real Madrid usually likes to play with a tall, strong and athletic striker to play off with a smaller player.

So here are the five tallest Real Madrid players!

Joselu earlier played for Real Madrid Castilla and was the top scorer in the 2010–11 season. He made his first-team debut in 2011 when he came on as a substitute for Karim Benzema for the last ten minutes of a home game against Almería. He scored almost immediately from a Cristiano Ronaldo cross.

In the same year, he again substituted Benzema during a Copa del Rey game. He scored the goal in Real Madrid’s 5–1 win. Later, he did wonders for Castilla, scoring 26 goals and helping his team to earn the promotion to division two.

Alphonse Areola is 6 feet 3 inches tall, making him one of the tallest Real Madrid players.

Alphonse Areola hasn’t played much for Real Madrid and his 4 appearances in La Liga 2019-20 makes him one of the tallest Real Madrid players. He has played for PSG and started his career with PSG’s academy.

Areola joined Real Madrid on a season-long loan in 2019 and made his debut against Osasuna. The manager used him as a backup option to first-choice goalkeeper Thibaut Courtois who is currently the main goalkeeper of Real Madrid.

He made just nine appearances across all competitions. Alphonse Areola was also part of Real Madrid’s La Liga triumph in 2019–20. It’s a coincidence that two of Real Madrid’s five tallest players were part of the same season in 2019-20.