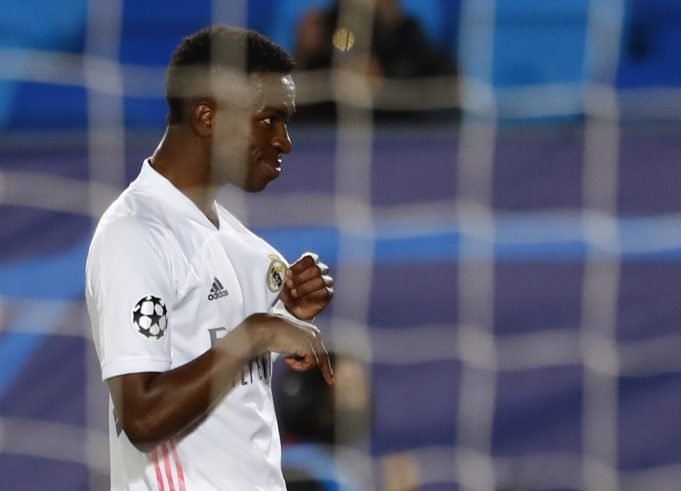 Vinicius Junior was the man to watch in Real Madrid’s 3-1 victory over Liverpool.

The Brazilian scored twice to hand Real the advantage in the Champions League quarter-finals.

Courtois said, “We’re very pleased with our performance. Liverpool are a great side but we defended very well. They were lucky with their goal but we reacted well and got the third. Let’s hope we can close out the tie there next week. We know it’ll be tough but we can do it. They’re a team who are very strong at home but we believe in ourselves because our defensive efforts have been fantastic.

“We know each other very well and that comes from our work day to day. The coach asked me to play a bit higher up to cover those balls in behind and make sure they couldn’t play between the lines. We were always well organised when they came onto us. We defended very well and it’s a shame to have conceded the goal. We controlled the game really well with our possession and I’m thrilled for Vini, who hit two brilliant goals, and for Marco, too.

“We often get written off after a bad game but the fact is, we’re fighting on two fronts and we’re hungry for both trophies. I hope we can show that again in Saturday’s Clásico clash, and next week against Liverpool once more.”

Even Zinedine Zidane was full of praise for Vinicius, stating how important it was for him to score the two goals.

“I’m happy for him because he needed to score, like Marco [Asensio] or Karim [Benzema] do,” Zidane said on Vinicius. “He’s playing well, he’s helping the team and he gets a boost by scoring a goal.

“Vini was lacking goals and he’s going to gain a lot of confidence from today. He deserves it. I don’t know if it was his best game [at Real Madrid], but two goals in a quarter-final is something very important.”

Real Madrid star Benzema talked about his future with Perez