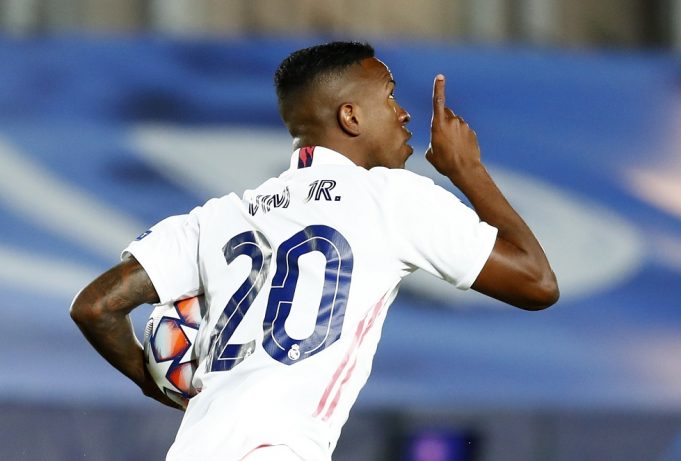 Vinicius Junior understands the need to add more end product to his game.

Hercules coach Manolo Diaz previously coached the Brazilian while he was still a part of the Real Madrid academy staff.

Since coming in from Flamengo, Vinicius has struggled to meet expectations. While he has shown glimpses of brilliance, he has failed to cement a regular starting spot under Zinedine Zidane.

Diaz told AS, “Vini has spectacular conditions, but I think the goal pressure is coming on him. It is true that in Brazil he scored a lot of goals, but the difference between Brazilian and European football is clear.

“He can be an important player if he focuses. In the conditions he has, they are very good, such as acceleration and speed. You have to demand goals from him because in Madrid everyone is obliged to score, but you have to remember that Vinicius is not a normal scorer nor does he have the ease that, for example Rodrygo has, who is in his age range but is more gifted in finishing.”

Vinicius brings a lot to the pitch. His flashy skills, pace and dribbling ability opens up defences but he lacks the composure to rack up his goal numbers. At 22, he is still developing.