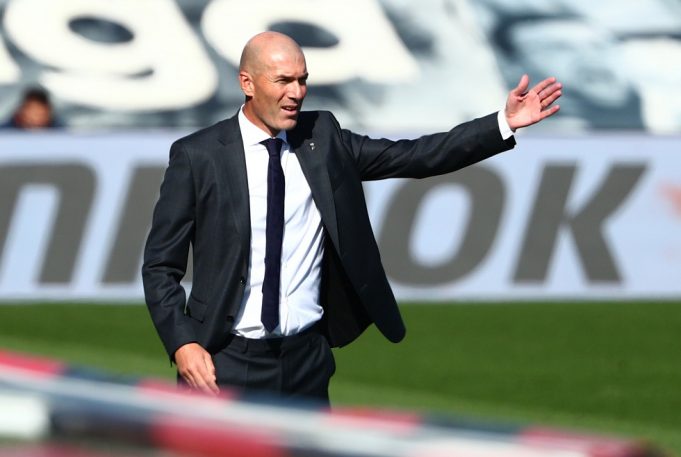 Zinedine Zidane does not plan on staying if he is not wanted at Real Madrid.

Rumours have emerged over The Galacticos potentially considering Massimiliano Allegri as their next head coach.

Zidane’s side exited Europe at the back of a 3-1 aggregate defeat to Chelsea in the semi-finals. They were also knocked out of the other two domestic cups with their last resort of winning silverware resting on the league.

“What I can say is that I will make things simple for the club because they have given me everything,” said Zidane in his press conference.

“I don’t want to cause problems for the club. I will concentrate on the final four games and we’ll see about the rest later on.”

Zidane’s initial spell at Real was spell-bounding but his second one has been a bit of struggle at times. He still guided Madrid to the league title last season and has a chance of doing so this season.

He also cleared out Eden Hazard’s situation in relation to the fans. The Los Blancos boss added, “Eden has apologised and he did it well, it was not his intention to hurt anyone, that is the most important thing.

“He knows what he has to do on the pitch and he’s going to do it. We spoke the other day, after the match, but to say that. He was apologising for his reaction – to me, to the club, to the players – and that’s it.”