Both sides, considered European giants in football are currently going through a rough patch. However, it was Real Madrid who were in complete control of the match last night as they won 2-0.

Conte’s men went down by a goal as early as the 7th minute and made it tougher for themselves by losing Arturo Vidal to a red card.

After the second goal, there was no coming back. Conte, sounded like a worried man, with his team now on the edge of elimination from the CL group stages thanks to back to back defeats to Real Madrid, who had not won prior to meeting Inter this season in Europe.

“It was always going to be difficult playing against big clubs like Real Madrid, so when going a goal down and a man down, it becomes an impossible mountain to climb,” Conte told Sky Italia.

“I think we saw the difference between them and us. It shouldn’t knock us down. It should show us there’s a path we must take and we need to be hungry, hard-working and humble, to realise where we are and not let ourselves get swayed by voices from the outside.

“The only path forward is to work hard and grow in every possible way.” 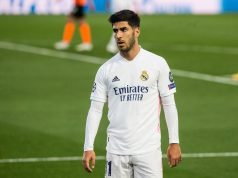 Top 7 Players Who Played For Real Madrid And Manchester United