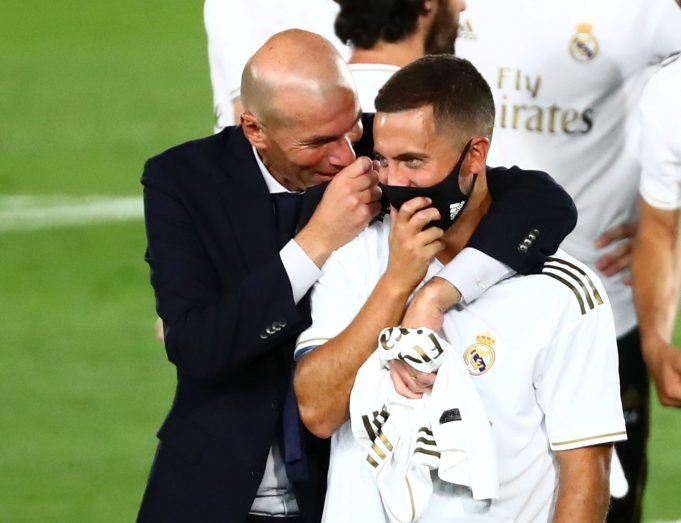 Eden Hazard has received praise from one of his former Chelsea teammates, Andreas Christensen.

The Belgian, now fit, is expected to play a major role in Real Madrid’s return leg against The Blues.

“I think everyone at this club only has good things to say about Eden, a lot of praise,” Christensen said at a press conference on Tuesday. “It hasn’t changed and we know what he has done for this club. Yes, he is probably going to be a big factor again [on Wednesday].

“I think he has always been a player that brings a lot of happiness and good mood on the pitch. If he has that you will see his quality as well. I’ve seen him grow with the team and the place around him, he was trying to bring that on to the next generation as well.

“We know his qualities and he will probably be a big factor in the game. He’s always been someone who brings a lot of quality and happiness to the team. So no matter where he would go he would bring something to the team.”

Real Madrid will have to score an away goal to even give themselves a chance of reaching the Champions League final.

Why Real Madrid Must Be Patient With Eden Hazard