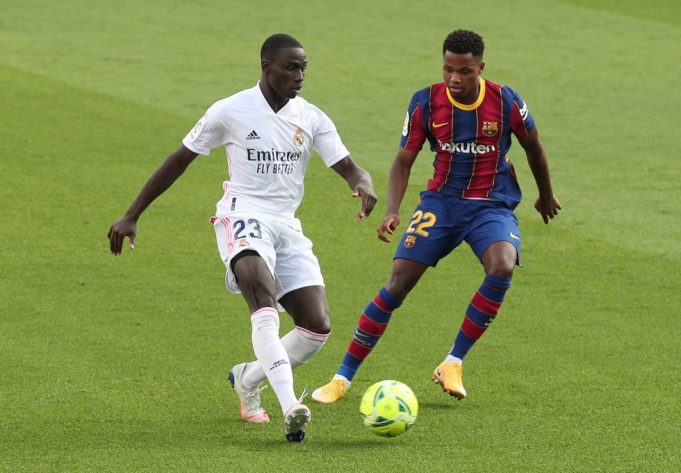 Ferland Mendy understands he is not the manager’s first choice at Real Madrid.

Looking ahead towards Real’s Champions League clash with Atalanta, Mendy revealed how he almost quit football once.

He said, “You play against the best teams from other leagues in the Champions League. Even before I played my first Champions League match, I’d heard the music, even if it’s only on TV, and you get goosebumps. This competition is something else.

“I knew when I arrived at Real Madrid how it would be and knew that there’d be great players here. You’re shy at first and then you start to get to know people and learn how the group works.

“I’m playing more now and I’m focused on making the most of the games I’m given. That’s what it’s about. I wouldn’t say I’m a regular starter in the first team. It’s also crazy and a great achievement to go from almost quitting football to playing for Real Madrid.”

Zinedine Zidane is known for demanding the best out of his players. That is why there have been so many exits from Los Blancos this season.

The Galacticos boss said, “In order for a player to establish themselves they have to play and that’s difficult when there are so many players. That’s why many of them end up going out on loan, they perform well and then get the chance to come back.

“There are many examples at Real Madrid of players who followed that route. That’s what we want our academy players to go and do. They’re young and the important thing is that one day they’ll get to play in the top flight. To then actually play for Madrid is far tougher, but it does happen.”

Zidane and Wenger back Karim Benzema for Ballon d’Or