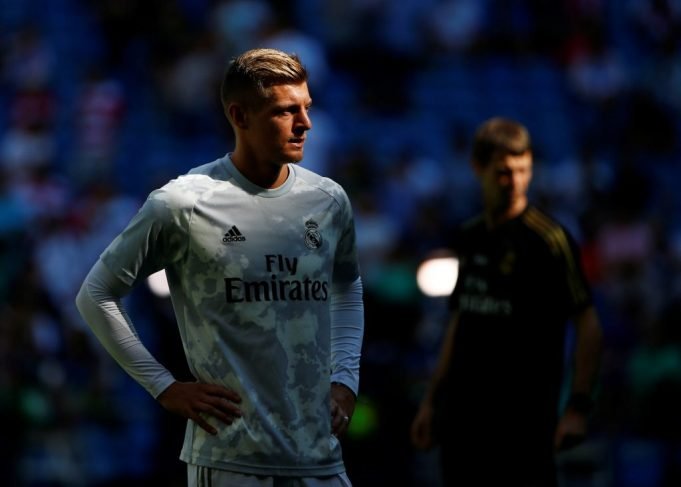 The German midfielder Toni Kroos has been linked with Manchester City and Liverpool.

Toni Kroos’ agent opened up on Liverpool and Real Madrid links. Volker Struth has revealed that the 31-year-old is not considering a move away from Real Madrid.

The German midfielder has been linked with Premier League rivals Manchester City and Liverpool but his agent denied all the reports. Volker Struth, Toni Kroos agent has told Florian Plettenberg, chief reporter for SPORT1, that he is likely to finish his career in the Spanish capital.

News @ToniKroos: He is linked to #LFC & #ManCity but his agent V. Struth clarifies in my podcast: „I think that Toni will end his career @realmadrid. He hasn’t told me in any phone call that he would like to leave. He & his family are very happy in Madrid.“ @SPORT1 #HalaMadrid ⚪️

“I think that Toni will end his career at Real Madrid. He hasn’t told me in any phone call that he would like to leave. He and his family are very happy in Madrid,” Struth also added.

Live Streaming Real Madrid vs Osasuna La Liga 2022? How To...