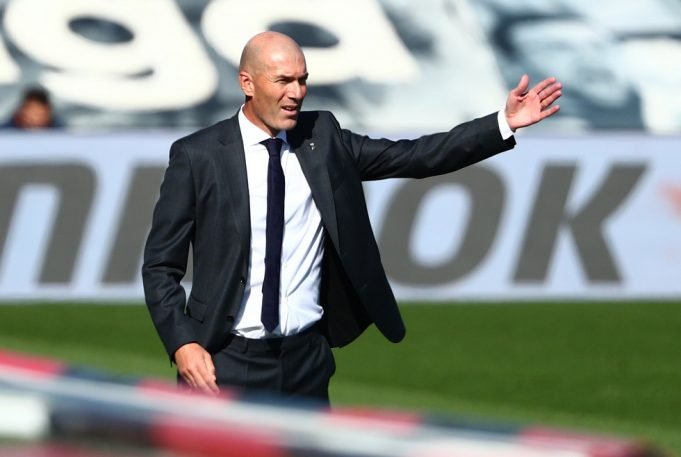 Zinedine Zidane believes the title-race is not lost just yet after 1-1 Madrid derby.

Karim Benzema scored a late equaliser to stop Atletico’s march at the top, sharing the spoils between the two rivals.

“It is deserved, we had chances at the end. We could have scored more, but the good thing was we had a different second half and changed the game,” the Real Madrid boss told a post-game news conference.

“It is a point, we are alive. We are going to keep fighting. It is a correct result, we believed until the end that it could be recovered.”

Real were also hoping to win a penalty when one of Toni Kroos’ crosses hit Joao Felix on the arm.

“His job is difficult. It is his decision, his responsibility. We have to respect that,” Zidane said of the referee. “The players said it was a hand, he has reviewed it and decided not to whistle.”

Atletico were almost 9 points ahead at the top with two games in hand but that lead has shrunk to just 3 points in recent weeks.

“We know there is a lot left,” Zidane said. “Everything can always change, we are doing things well, we can improve. I am very proud of all my players. We are in the same boat and we are going to fight to the end.”

“That’s what we did in the second half, change at a general level, defensively and offensively. They are a direct rival. We wanted all three points. The important thing is to turn the game around. Now we have to continue.”