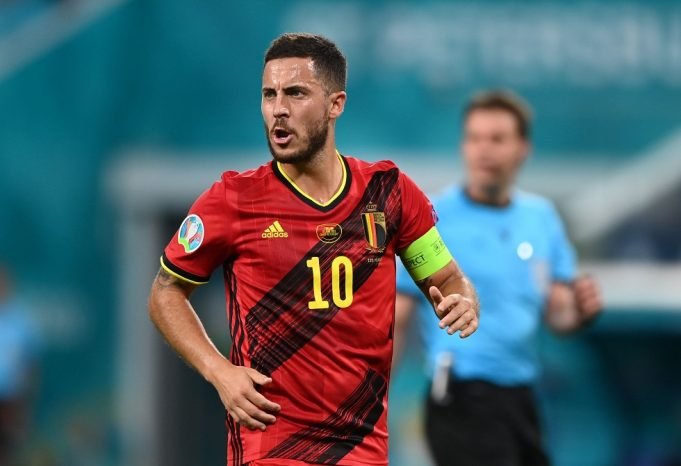 Eden Hazard’s participation in the Euro 2020 might have ended after Portugal tie.

The Real Madrid forward hobbled off the pitch after clutching his hamstring.

“In my opinion, he was the man of the match,” Eden’s brother Thorgan, who scored the decisive goal of the game, said after the 1-0 win.

“He defended, he protected the ball, he turned the opponents inside out…”

“I don’t know what I have, we will see in the tests,” Eden Hazard said. “It hurts a little, I felt a little something in my hamstring and we have to analyse it.

“I cannot say that the European Championship has ended for me. In any case, I would stay to support the team,” Eden added.

Belgium head coach, Roberto Martinez is sweating over the fitness of two key players, Hazard and Kevin De Bruyne. If both were to go missing, The Red Devils will be at a serious disadvantage against Italy.

“We have seen a very strong player with a great mentality,” Martinez said of Hazard.

“Eden is very important to the national team and, little by little, I am sure that he will have great moments at Real Madrid.”

Odegaard confirmed Haaland has asked him about playing for Real Madrid