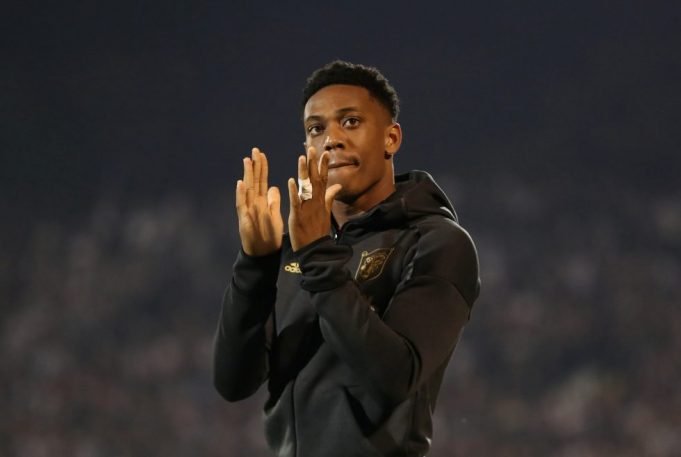 A former target of The Galacticos, Martial has fallen out of favour at Old Trafford.

Red Devils boss, Ole Gunnar Soslkjaer has grown frustrated with the Frenchman’s “terrible attitude” and “poor form”. Transfer specialist, Duncan Castles revealed that Real Madrid have been offered a chance to snap up for cheap.

“Anthony Martial is to be sacrificed should they get this new forward in,” Castles said. “Solskjaer is tired of his attitude and hasn’t been impressed with his goal production and general knitting into the team this season.”

United fans expected to see Martial finally break through his performance barriers after enjoying a rewarding 2019/20 campaign. But he scored just 7 times in 36 appearances last season before an injury ended his campaign prematurely.

In an interview with FootballFanCast (translated by Football 365) in March, ex-Newcastle ace Rob Lee said, “He’s such a talented lad, he’s quick, and he can finish well, but some days, he just doesn’t seem interested.

“His attitude seems terrible. So yeah, if somebody would give me £50million for him, I’d snap their hand off.”

“I look at him some games and think he’s unstoppable, but then I look at him other games, and I think he should be playing Sunday League football.”

While Martial’s price might have sky-rocketed over the course of this season, does that really mean Real Madrid should opt for him? The Galacticos have enough deadweight to worry about before taking on another one. Fans might gladly reject this deal since it’s five years too late.