He’s around 5 feet 5 inches or 1.68 metres tall, making him one of Real Madrid’s shortest players.

Emilio Butragueno was a genius and a legendary Real Madrid player. His dribbling was outstanding and his goals were a treat to watch. Butragueno made 463 official appearances for Los Blancos and scored 171 goals.

The Spain international got the nickname of vulture and he came to represent one of the best generations of players in the history of Real Madrid. He led the famous Vulture Squadron along with Sanchís, Míchel, Martín Vázquez and Pardeza.

His name started to appear on the front pages of newspapers when he was playing for Real Madrid Castilla. The legendary Alfredo Di Stéfano called him up to the first team and he made his debut in the winter of 1984. Watch & Bet on Football =>

He was the top performer in Real Madrid’s successful UEFA Cup campaign in 1985 and 1986. He set a standard in Real Madrid’s attack along with Hugo Sánchez who was also a legendary figure for the club. He was a regular member of the Real Madrid side and one of the top scorers of the club. 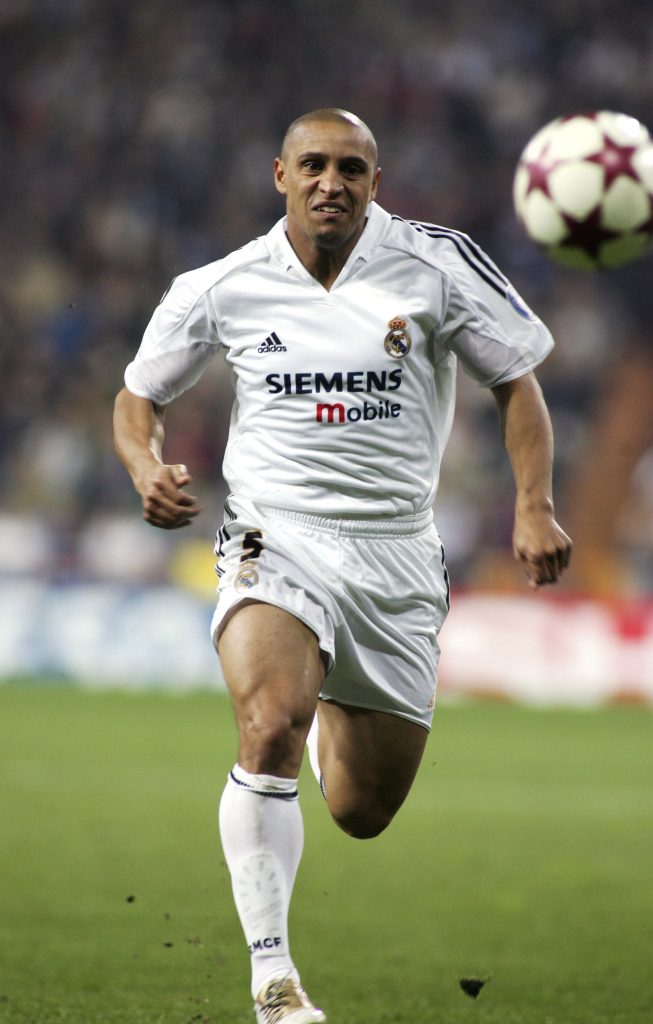 Carlos is also around 5 feet 5 inches or 1.68 metres tall, making him one of Real Madrid’s shortest players.

Roberto Carlos won four La Liga titles and he assisted Zidane in the finest winning goal in the 2002 Champions League final. He was named Club Defender of the Year and included in the UEFA Team of the Year in 2002 and 2003. He also scored the opening goal for Real Madrid when they beat Barcelona in El Clásico at Camp Nou for the first time in 20 years. Watch & Bet on Football =>

Carlos was one of the finest defenders in Real Madrid shirt. Roberto Carlos joined Real Madrid in the year 1996 close season. He played 584 matches for Real Madrid in all competitions, scoring 71 goals. He is Real Madrid’s most capped foreign-born player in La Liga with 370 appearances, breaking the previous record of 329 held by Alfredo Di Stéfano.