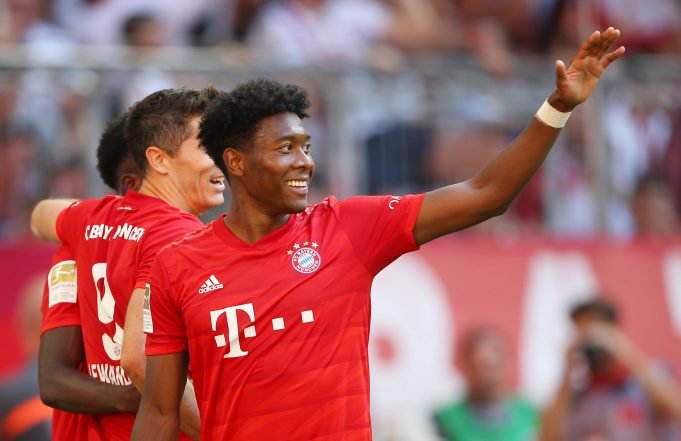 Real Madrid have been contacted by David Alaba’s agent over a free move next summer.

Bayern Munich have been so far unable to sign the Austrian to a new deal and a move away seems imminent now.

According to Diario AS, Alaba would love to play for one of the big guns in Spain, either Real Madrid or Barcelona. The 28-year-old expected to become one of Bayern’s highest earners but the third offer was still not up to his demands.

Naturally, he rejected all advances from the Bavarians. His agent, Pini Zahavi has reportedly made contact with Real Madrid, announcing his availability. Real and Barcelona both would be interested in the defender, given the reputation he boasts of.

Alaba is undoubtedly one of the best in his position in world football. He has even adapted to a centre-back role under Hansi Flick at Bayern Munich recently, winning the treble last season.

Real Madrid already have significant cover at left-back with Marcelo and Ferland Mendy. But the former is 32 now and has been dropped to a backup role for Mendy. Zinedine Zidane might not mind a quality addition like Alaba, given how his defence is strongly dictated by Sergio Ramos.

Karim Benzema expresses his feelings on the win against PSG