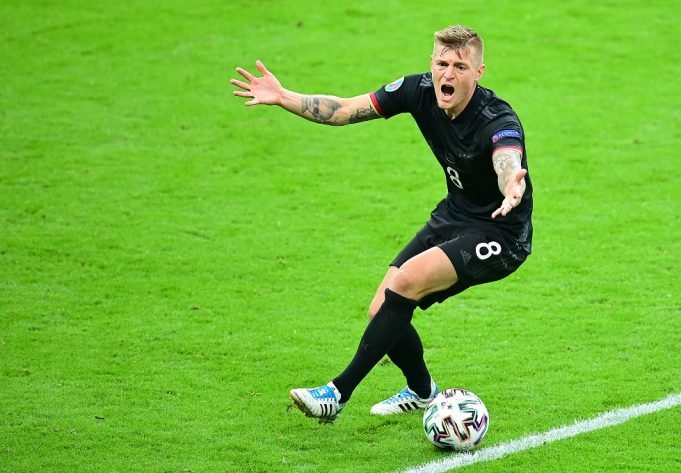 Toni Kroos has been singled out for criticism following Germany’s exit from the 2020 Euros.

Germany great Lothar Matthaus pointed out the lack of passion and fire in the Real Madrid midfielder.

Matthaus wrote for BILD: “He sees himself better than I rate him. It is nothing personal: I congratulate him for everything he has achieved at Real Madrid and in the national team. Hats off to his career and his overall performance, Toni is a great and elegant player.

“But his performance in the European Championship was disappointing, he could not lead the team.

“I have missed the passion, the fire and the vertical passes. All the contact with the ball does not help, it is nice to see it, but it is not effective. His low passes and his long centres are like his hairstyle: beautiful and clean.

“But that takes time and spirit from the game. There were too many horizontal passes… Playing with a three-man defence, that doesn’t make sense!”

Kroos announced his retirement from international football right after Germany’s European Championship campaign ended. He is a World Cup winner and has plenty of accolades under his belt at club level.