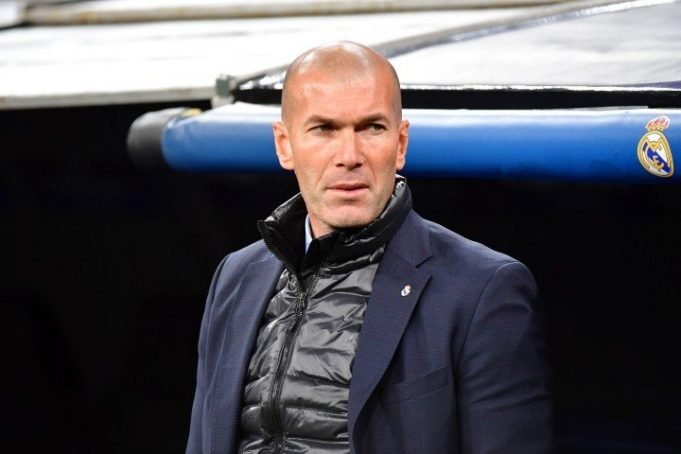 Zinedine Zidane has refused to step down from his job after Tuesday’s embarrassing defeat to Shakhtar Donetsk.

A 2-0 defeat at the hands of the Ukranian side leaves Los Blancos in danger of getting knocked out of the Champions League.

Zidane’s position has come under heavy fire after a second consecutive defeat has left the club in precarious positions both domestically and in Europe. The Frenchman still has faith that he can turn things and is not interested in giving up his job just yet.

“I’m not going to resign, [it’d be] no use,” he said in Kiev. “We were very good in the first half, but we were missing goals. We were pressing well, playing well… The ball didn’t want to go in. We had chances, [we hit] the post… and then it got complicated.

“I’m strong and I’m going to give everything. I think we deserved to win. We had chances. We can’t let our heads drop. When you have a bad run, you have to keep going.

“It’s a bad run in terms of results, but we have to keep going. It was a ‘final’ today. We prepared for it well, but the ball didn’t go in. We have a game to win and [let’s] move on.”

“I don’t think there’s a problem, lots of things are coming together [at the same time],” Zidane added. “We created chances, it’s not to do with our game. We’re struggling to score goals. An opening goal would’ve made the game easier for us.”