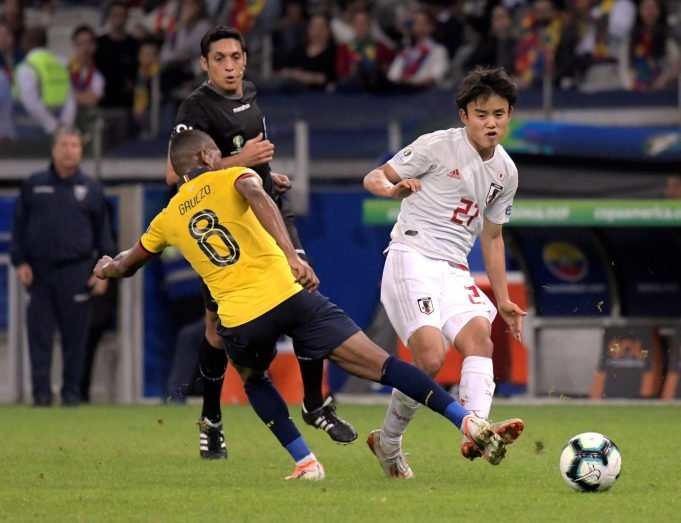 Real Madrid midfielder, Takefusa Kubo is wary of the expectations that will be placed on him at the Bernabeu.

Currently, the Japanese international is happy on his loan spell with Villareal. He is enjoying life under Unai Emery, featuring in 17 games and scoring once.

“The expectation of winning at Real Madrid is huge,” Kubo told MARCA. “It’s daunting. They always win and, when they don’t, there’s usually more pressure on the next game.”

“I’m not one to go out much: it was always football, home, football, home…” Kubo continued. “Sometimes I did go out with my teammates or a friend in the evenings. You can’t now. I live in Benicassim, which is a quiet place and it’s almost better that I’m with fewer people.

“Quiet is the best thing at the moment. Because we have the Europa League, some have the Champions League… I get home and there’s always a game on. I love watching them, focusing on some players. I really like watching football, although I don’t go out.

“I liked going to the sea [in Mallorca] to have a swim, to explore a bit… But we couldn’t do that this summer. I was in Japan, but I stayed at home every day because of the quarantine rules.”

You would be lying if you said there is no added pressure to being a Galactico but then again, Real do recruit with the thought in mind that youngsters will turn into future stars. Kubo definitely has all the potential in the world. It will all be about proving himself once he gets that opportunity as a Los Blancos general.